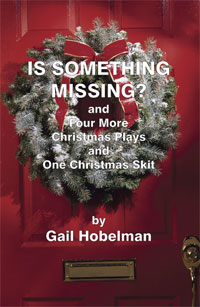 Well, another Christmas has come and gone. Yet something about it seemed strange … seemed wrong. Most of the trees are still up and the lights still twinkling, and this dilemma got me thinking. After speaking with a large number of groups, all of them filled with the holiday sloops, the consensus thus far has all been the same: something was missing, but what was to blame?

The stockings were all hung. The presents all wrapped. Trees were put up with their decorations all maxed. Christmas music was fresh in the air, and children all dreamed of reindeer in pairs. The families sang songs, and there was even a roast beast … but something was off … something … at least…

Was it the magic of Christmas that felt far away? Could it have been the strange weather and stranger delays? No one I’ve spoken to knows just for sure … but they all knew that this Christmas didn’t “feel right“, or “pure”.

On CSGO, a thousand players all chimed in to say the holidays felt bare. A church full of church-goers all said a prayer (to fill in the gap of what wasn’t there). Oddly, no emails were sent (not what I’m used to receiving), and except for a card from a long, dear friend, I had trouble believing.

Was it the election? Could it have been in the news? Did terrorists steal it away or hackers refuse? I don’t know what it was, or what could have been, but the Spirit of Christmas just felt utterly dim.

Could higher prices have hurt it, or shopping online? The stores were all full for most of the time. The commercials on television with Frankenstein, sold Apples and I-phones with a blessing in mind. The snow poured right down and as Bing Crosby once said, inside it was warm, so let it blizzard instead!

But, this Christmas just wasn’t. It wasn’t this year. The joy was missing, maybe stolen I fear. And though I’ve tried to make this a rhyme, this isn’t a joke – no, not this time. Did you feel it, too? Was it the same? Did you have a joy-filled spirit or was it just lame?

Was Christmas okay, or could you feel the gap? It may be over now, but this just won’t pass. If something has happened to change everything, it would be nice to know if we were alone in this thing. (<= Well, the few hundred responses I’ve heard so far about something missing this Christmas). Even the specials all on the tube, were missing the spirit … even Dr. Who?!

So please let us know if you’ve felt this strange thing. What kind of feelings did this holiday bring? Did Christmas change, even a little this year? Were most houses dark and lacking in cheer? Did your streets feel empty and not feel right, missing that joy of 2016’s Christmas night?

“They’re finding out now that no Christmas is coming! They’re just waking up, I know just what they’ll do. Their mouths will hang open a minute or two, then the Whos down in Whoville will all cry, “Boo Hoo.” – The Grinch (“Dr. Seuss”)

One thought on “Was Something Missing This Christmas?”

The world of the Amaranthine vampire series by Joleene Naylor

Astronomy, space and space travel for the non scientist

The Art and Craft of Blogging

The latest news on WordPress.com and the WordPress community.